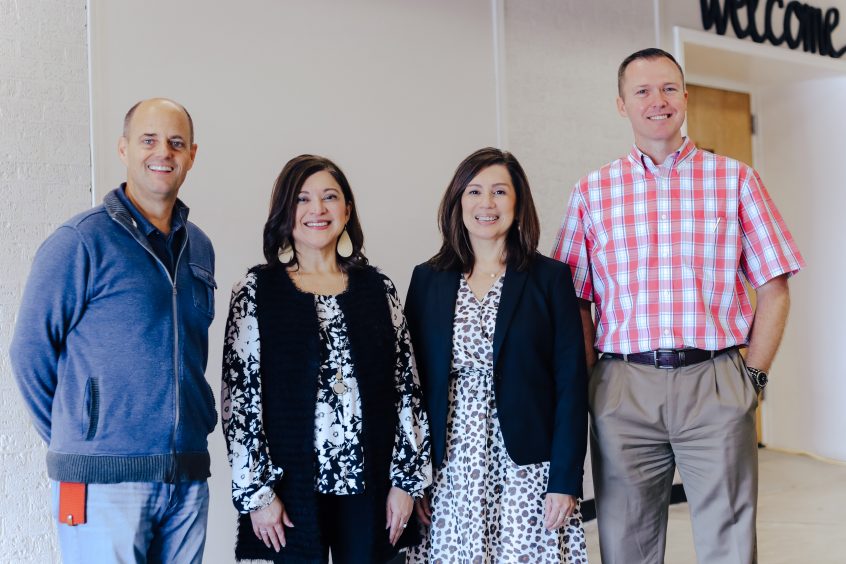 t Champion Christian College, two of the central members of our team are Mrs. Claudia Kemp, our Vice President of Academic Affairs, and Mrs. Digna Wilkie, our Registrar.  They are both known for their professional diligence, academic excellence, and responsible stewardship.  However, their most valuable trait is their love for the Lord and their selfless dedication to the students of Champion.

For that reason, Champion is saddened to announce that Mrs. Kemp and Mrs. Wilkie have decided to step down at this time to pursue other opportunities.  Even while we mourn their departure, though, we rejoice in their legacy.  In fact, Mrs. Kemp and Mrs. Wilkie were honored on September 30 with a special chapel service that allowed students, staff, and well-wishers to recognize their accomplishments and celebrate their fifteen years of service to Champion.

However, no accolades could adequately convey the depth of gratitude Champion owes to Mrs. Kemp and Mrs. Wilkie.  Both of them have been heavily involved with Champion since its inception in 2005, and the continued success of the college would have been impossible without their contributions.  As critical members of the Champion team, they have both performed an overwhelming array of diverse and essential roles—training and welcoming new faculty, coordinating institutional goals, overseeing operations of the academic office, serving as student advocates, and sharing their expertise in the education and Spanish classes, which they instructed.

“I have enjoyed having had the opportunity to work with Mrs. Kemp and Mrs. Wilkie over the last six years to springboard the mission of this college,” says Judge Ralph Ohm, chairman of the Board of Directors.  “I can say without hesitation that if it were not for them, Champion would not be where it is today.”  This appreciation is shared by all of us at Champion.  Although we will sorely miss Mrs. Kemp and Mrs. Wilkie, we are excited to see the plans God has in store for them, and we wish them the very best in their future endeavors.