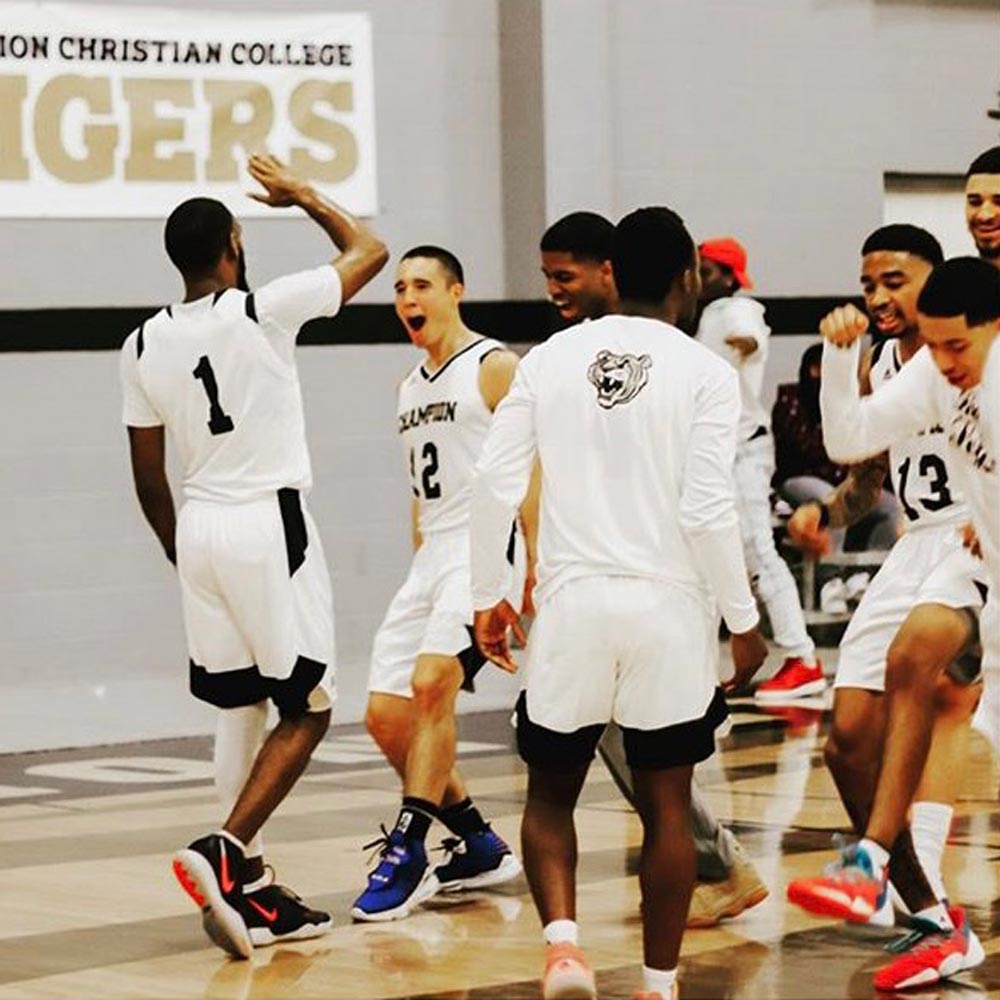 Tigers fans certainly had a reason to roar on Friday night when Champion Christian College celebrated a double victory to kick off the 2020-2021 basketball season! Playing home games in the state-of-the-art Champion Community Center gymnasium, the Tigers faced off against the Bacone College Warriors for an incredible evening!

The first game of the night featured the Lady Tigers matched against the Lady Warriors. Lagging by eighteen points in the first quarter, the Lady Tigers recovered and sliced Bacone’s lead to only seven points by the halftime break. In a high-scoring second half, the Champion momentum continued, culminating in a final score of 89-82.

Following this grand slam, the Champion men’s team took on the Warriors for another action-packed game, defeating the Warriors 94-73. What made this victory even more meaningful was the fact that it was the first game played under the direction of our new men’s basketball coach, Mo Capaci. Himself a Champion alumnus, Coach Mo expressed his excitement over the inaugural win: “I know there will be many ups and downs, and many wins and losses, but to win my first college game as a coach was just special. I’m blessed with the opportunity and with a special group of guys.”

In accordance with COVID-19 response guidelines, the NCCAA has shortened the basketball season this year; only fifteen games are on the schedule for the women and fourteen for the men. The abbreviated season means that every victory is even more important for the Tigers this year as they set their sights on the league tournament in February. The men’s next opponents will be Houston Baptist College on December 11, while the Lady Tigers look forward to a November 10 matchup against Louisiana State University–Shreveport.

Once again, congratulations to our terrific Tigers! There couldn’t have been a more inspirational beginning to this season. Be sure to check out our official athletic website by clicking here to keep up with the latest news, view team stats, and even watch home games live!

King of the Road!