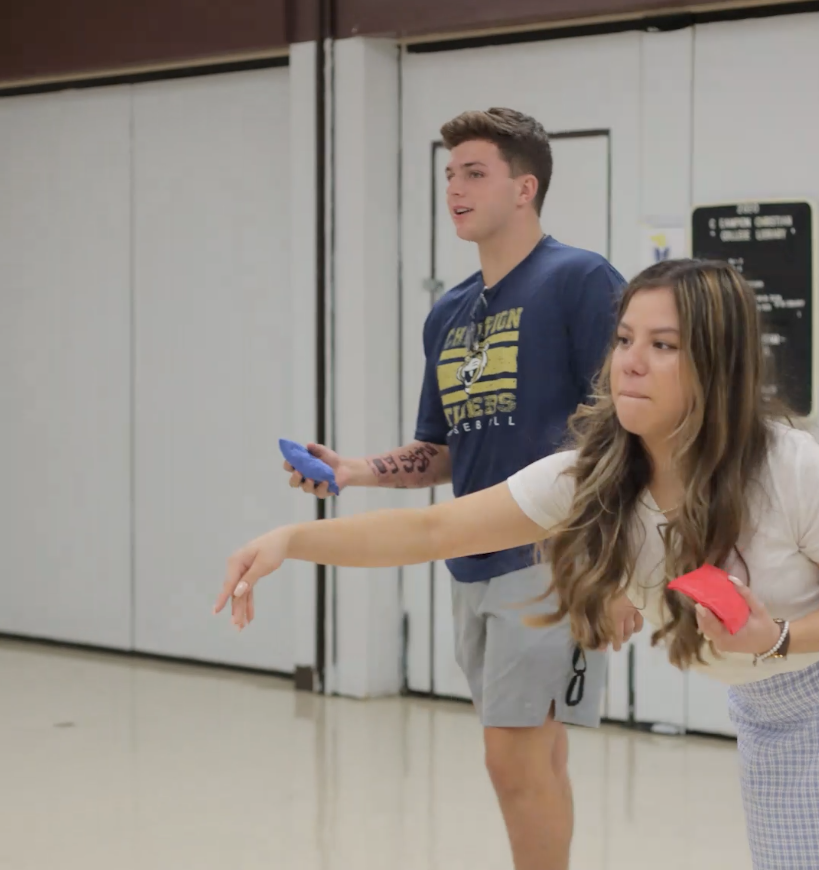 It was a night of fun and friendship for Champion students on Monday, September 20, at the playoffs and championship games of the first-ever Champion Christian College Cornhole League! This intramural sports event is student-organized and ran for a three-week season.

Composed of two players each, the teams bore names such as Golden Boys, Bulldogs, and Threat Level Midnight, leaving no doubt regarding their desire to dominate the competition.  After a hard-fought contest, the grand championship was claimed by Parker Gravitt and Lee Bechtel, with second place going to Ezekiel “Zo” Capaci and Cory Irving. Other notable contenders included Malik Laurent and the Louisiana Rats team.  And while Team Brodies (Chloe Capaci and Allison Rubio) struggled this season, they expect to come back fighting for next year’s event!

As not only the victor but also one of the organizers of this event and a self-proclaimed cornhole enthusiast, Parker Gravitt sees this event as more than just a fun pastime. He describes it as “a good time for the students to come together,” stating the main goal was for student unity and involvement—an objective that was clearly reached through the friendships built and camaraderie achieved.

Congratulations to this year’s participants!  This is only the beginning of fun activities for our Champion students, so stay tuned!

A Day in the Life of a Champion Student